Smartphones have made our life easier through various applications. We have narrowed down a list of few apps that every Indian must have.

Hike is an Indian social messaging app which uses internet for communication, users can send text, graphic stickers, share media files, contacts, user location, etc. The app is specially designed for Indians, and is much better than other messaging apps as the stickers are in the regional languages of India, Bollywood themed, Indian T.V. serials, etc.

Microsoft’s one note is a great app to have for whenever you go for grocery shopping. The app carries users handwritten or typed notes, drawings, audio, etc. The notes made through one note can be shared over internet, for instance if your wife want to add something into your grocery list while sitting at home she can do so, and the grocery list in your phone will update.

Ola is an Indian transportation network company, the app was founded in 2010. The app basically is to book/hire taxi/cab through your phone. With the app you select your ride, then select your destination and pickup point and that’s it, it automatically sends the nearest cab to you.

Justdial is also an Indian based app, it is a local search engine app for India. The app provides you with services like, you can find restaurant, hospitals, schools, hotels, gyms, you can book flight, rail, movie, bus tickets, you can also shop online through the app.

The app not only works through internet but you can also dial to their hotline no. and ask the service you want, then they will reply you with the information through mail or sms.

MapmyIndia is a kind of google maps but specifically designed for India. The app consists the information of every gulli and nukkad of India. To be used in India the app is best online navigation app.

Gaana is a commercial music streaming service, it was launched in April 2010. The entire Indian music cataloge is provided in the app, with songs of every language such as, Hindi, Tamil, English, Punjabi, Bengali, Odia, Marathi, and other Indian regional languages.

National train enquiry system is an app brought by Indian railways. NTES is official railways app for travelers and daily commuters. The app gives you details like train timings, trains available in next 2 or 4 hours, details of cancelled trains, etc.

Grofers is an Indian on-demand delivery service. The app allows you to order groceries and household items through internet, and get those items delivered to your doorstep within couple of hours.

Paytm is an Indian electronic payment app. “PAYTM” is short for payment through mobile. As the name says the app lets you make payment through your phone to other persons phone who has the paytm app.

Ever received calls from unknown numbers and don’t know whose it was, truecaller is an app that helps  you to know the identity of the person through his phone number even if you don’t have the number of that person saved in your directory. It also allows you to block spam calls and company calls.

You would also love to read: 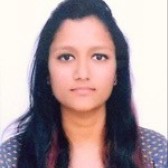