True might be the device, has changed the life on the planet earth in one decade. Indeed, I am talking about the mobile phones; rather smartphones. From morning alarm to late night chats and in between everything is managed on this 5-inch screen with help of various applications developed by geeks and app aficionados.

Looking at the data, one can easily understand that Millennials are the one uses the maximum number of applications in 24 hours. From basic email to music apps, and a simple calculator to image editors and video editors.

Aren’t you curious to know which are these android apps that are favorite among Indian millennials this year? I was, and therefore, I started asking questions. These apps not only ruled this year but these android apps going to be the most popular apps of 2019 as well. Here comes my finding.

If you think that WhatsApp and Facebook Messenger has reduced the importance of the email, you are mistaken. Email is very much of the part of the basic etiquette. The email scenario is largely dominated by the flagship app of the Google, Gmail. Gmail has become smart these days with offering segregation at the minute level on its own to make it easy to find important emails.

We are in the age of the information and sharing content makes it more worthy. Therefore, ShareIt has become one of the most popular sharing apps through which from teens to oldies share pictures, songs, music videos and much more. Plus ShareIt comes with inbuilt cleaning feature that removes trashes and keeps content organized.

Nobody has time in this world to see what others are doing. That doesn’t mean you ignore the world. Therefore, you have InShots that brings you all the important news from around the world in an interesting manner and in 60 seconds only. It is essential to know what is happening not only around you but also in the areas of your interests. InShorts displays news in various fragments in accordance with your choice.

Such is the world we are living in where problems wait for us every corner. To keep the temperature of the brain under control one need the support of the music. Given the storage constraints, Millennials are opting for the online music library, such as Gaana. Gaana is a pioneer in the field of online music and allows users to play songs of their choice from the collection of million-plus songs under various genera.

Studying 8 to 10 hours a day including school or college is too much. One also need to invest time in various assignment and projects. Hence, one needs a day off on weekend for entertainment. BookMyShow ensure you take yourself to the parallel world for few hours booking movie tickets online with a great discount or awesome deal of the day. Simply choose a movie and a theatre and pay online. You are done.

Won’t you eat after the movie? You surely do, but often at the routine restaurant. Just because you are not aware of the new restaurant that has been inaugurated last week. Zomato is the one application that has off lately become a popular application among the youngsters to search their restaurant and find what the other visitors have to say about it.

Demonetization was the talk of last year, but with it, several e-wallets have been launched. Among the most popular one is Paytm. One of the biggest reason is Paytm is accepted all over the country and there are several cashbacks that are  offered by the mobile e-wallet. Adding another feather to the cap is the PayTM mall. You get a huge variety of fashion, electronics, and home necessities at Paytm mall. Recently Paytm has entered to the UPI offering Paytm bank.

Travelling is a lot of fun. Each one of us wants to travel to somewhere, but the only requirement that follows up is that the trip should be affordable. Make My Trip mobile application lets you book your flights, hotels, and a complete package at affordable prices. Along with it, you are offered discounts and voucher codes for future trips.

Gone are the days you waited for the auto rickshaws and argue for the prices they would offer. It is now time for Ola. A few clicks and your Ola cab is booked wherever you are at the reasonable price. Picking up from your address to dropping to your destination. Ola has another feature as “Ola Share”, which allows you to share your cab with people who have the same route.

Asking the way to your destination every time might feel awkward and sometimes it might happen that you are not told the correct way. In that case, Google Maps offers you the best path with the time that you might take to reach the destination and also the traffic.

Making dog faces and adding a tiara to yourself was a trend that trended in the year 2017. Snapchat was one application that did gasp a negative publicity due to the “Rich people” comment on the application. However, the heat was quickly cooled down after several clarifications.

Where people liked to read some new stories, poetry, and writings by the budding writers, Wattpad was like by most of the readers. Therefore, Wattpad was soon added to the most popular apps used by the millennials.

Short repeated pictures with Boomerang became one of the most popular applications used by the internet savvy people. Social media and especially Instagram was all flooded with people making funny Boomerang.

Becoming one of the most popular social networking sites to promote your websites or your photographs. People post their photographs when traveling or celebrating. The newest feature added to the application is the “story”. Just like snapchat, you can post your stories that will stay on your profile for 24 hours. Also now you can save your stories as highlights on your profile page.

With huge advertisements and popular additions to the application, Hike has become a popular messenger of the year 2017. You can make groups, send funny emojis, and divide bills on the application.

2016 was about Dubsmash, 2017 is all about Musical.ly. With amazing transitions and tricks, musical.ly is becoming one of the most popular applications of the year 2017. People are testing their tactics to present their video editing tricks.

“Gotta Catch’em all”, a popular phrase for the children of the 90s came into reality with the gaming application “Pokemon Go” by Niantic. Pikachu became one of the most popular Pokemon to be caught by the users. From the celebrities to the common users 2017 found great popularity among the millennials.

Exclusive TV Series, Movies, and Web Series become all the more popular with the Amazon Prime Video. It comes free with the subscription of Amazon Prime. It has become very popular among the youngsters in the year 2017.

Comparing hotel prices at one place and booking the hotel with the lowest price. Trivago is the

Ultimate application for the people who like to get the best deal. Instead of switching to the different applications you get the compared prices at one place.

One of the popular dating applications, where you can connect with the individuals walking past by, in the cafe, or crossing the streets. It became quite popular among the youngsters in the year 2017-2018.

So, these were the 20 popular applications in the year 2018 among the millennials. We strong beilve these android apps will lead in 2019 too.

You may also enjoy reading these blogs – 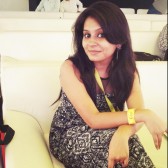