The market was taken by a storm when BlackBerry unveiled its latest OS BlackBerry 10 for the users. The new OS has received many positive reviews from the critics and the company is pushing this OS aggressively in the market. After the launch of much awaited OS from BlackBerry, the number of users of the company saw a huge increase and counting on the success of the new OS. Many developers have turned their attention to this market which holds more than15 percent share of total market application shares. The market of application for BlackBerry is more than billions dollar strong and is expanding

The service is expected to start from the last week of June 2013 and will help clients make their applications in minutes. The company also offers support to clients for installing the apps at the user’s end and also provides the much needed support and updates to the versions to developed using Appy Pie app builder.

There are numerous improvements in this version from BlackBerry, some of them are listed below:

1. BlackBerry Hub: Its a new feature from BlackBerry which brings all the notifications under one place and helps one organize all the notifications with ease. This also highlight the multitasking of the BlackBerry 10, which this time has been designed with multitasking at core.
2. Gestures: BlackBerry has introduced gestures in this version of their OS, through this users may easily browse through different functionality of the mobile. It also helps in easy navigation and also brings the user to different sections easily.
3. Voice Control: Through this users may easily search, update social media, type and perform many other functions just by giving the commands to the mobile. This easy to use feature lots of time for the users.
4. Keyboard: The keyboard in this version of OS closely resembles the previous keyboards of BlackBerry with the only difference that it is virtual, not physical. Same type of design and size ensures a familiar keyboard to the user with new features.
5. BlackBerry Balance: This feature of OS provides the user the facility of maintaining different accounts such as personal and official. This feature is must have for those who wants to keep things in a organized way and yet stylish.

The list of new features is never ending, and the customers base is going to increase for BlackBerry after this new OS is a predictable event. So, this is the right time for developers to develop applications for this OS and start earning quickly and huge amounts. 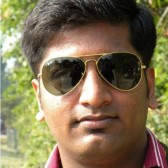 Saurabh Pal is tech blogger who loves to read and write on gadgets & smartphone applications. These days he is enjoying working on multiple applications created with help and support of Appy Pie. As their tagline says, there apps performs. Appy Pie Makes Making an App as Easy as Pie