Home
Trending
Cool Sensor-based Features Every Phone Should Have
Prev Article Next Article
Last updated -Saturday, April 25, 2020
Tech pundits these days are heard saying sensors are going to be big in the next few years. A typical smartphone today has the following — accelerometer, gyroscope, ambient light sensor, proximity sensor and magnetometer. These sensors, with the help of supporting software, enable cool things like changing UI orientation when you hold your phone from portrait to landscape, or turning off the display when you’re talking on the phone. These features may created a ‘Wow’ effect back in 2007 when seen on the first iPhone, but now even phones costing as low as Rs. 5,000 have them. Manufacturers these days have started going berserk with sensors. But many can be knocked off as a little too gimmicky — hand gestures to move between photos gets painful after 10 tries; touching the screen is better, trust me. Or there’s no way in hell I’m going to publicly “blow a phone to unlock”. But here are five really useful gesture-based actions that ought to be in every modern phone today.
Prev Article Next Article 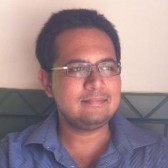