Whenever any company that specializes in computing ventures into the cellular world, it usually doesn’t end well. The devices are said to be overpriced, under featured and just too bland to manage the competition. But then, in every world, there are exceptions. This time, Lenovo might just be on target with their K900 smart phone.

With six product launches in India, including the flagship K900, Lenovo has big ambitions of becoming the largest selling smart phone brand in the country. The released six models cover a low budget to an ultra-high price range spectrum. Lenovo also happens to be the second largest smartphone producer in China, with a 14.7% market share. Although the company has been present in the Indian mobile phone market since November last year, but with the launch of their devices, the K900, along with the S820, the S920, the P780, the A706 and the A390, this is Lenovo establishing strong feet hold into the Indian market of cellular devices.

Built out of a stainless steel and polycarbonate unibody exterior, the phone looks incredibly sexy and at just 6.9 mm thin is said to be the thinnest hand set in its class. Despite the skinny looks, the phone weighs 192 grams. It features an HDMI port as well for that added connectivity just when you want to get the big screen experience from your small device.

The hand set runs on the Android 4.2 Jelly Bean OS with customized UI by Lenovo. The skin on top might just slow down the user experience and the company could have gone the stock android way as that is something a lot of people offer. It has a dual-core Intel processor that runs on the new CloverTrail+ platform, which will be complemented by 2 GB RAM and a tweaked version of the GPU unit that has been seen on Samsung Galaxy S4. The hand set will run on 2G and 3G networks across the country and features GPS, HDMI-out, along with Wi-Fi hotspot creation. Sadly though, it lacks NFC but on the flipside there are not many folks who would have a NFC enabled smartphone.

The USP of the device is the big screen it comes with and those 5.5 inches look pretty good to be precise. The smartphone has a pretty powerful processor which will take care of all the processing needs. The Hyper threading technology ensures that all your games run without a hiccup and the very capable GPU complements them pretty well too.

The battery size seems pretty small for such a mammoth device and its non-removable as well do that might just pose an issue in the long run as you might run out of juice before the day finishes.

It runs on the latest crop of Android, 4.2 Jelly Bean and will ensure you get the best possible user experience. Rest assured, the device is expected to get the next major Android update as well. The pricing seems just right as it is the range of what the Galaxy Note costs.

Lenovo has bestowed the device with some pretty good imaging capabilities and the rear gets a 13.1 MP camera while the front gets a 2 MP camera. Both the cameras come with a CMOS sensor to ensure that the device clicks some real good pictures. The device gives the Note 2 and primarily the Xperia Z a reason to worry about because it has the screen size of the Note 2 but a full HD screen and camera resolution similar to the Xperia Z.

The Lenovo K900 hand set is an incredibly capable device which looks just as well it performs. It seems like something that can give the competition a run for their money as it not only does it looks good, feels good, performs well, but it has been priced at Rs. 32,999. Wait for a few days and you may see the price coming down as the launch prices are usually way higher than the real price. So you could get it for around Rs.30,000 in coming few days which would make it a way better device than the rest as the Intel inside is something which cannot be found on most of the devices. Interested gadget lovers can also check out Lenovo K900 price in india on 91mobiles.com

The Lenovo K900 seems like something that gives direct competition to the Sony Xperia Z, as more or less, both the smart phones are the same. The Lenovo being more powerful and stylish, while the Xperia being water and dust proof along with 4G communications technology. Which phone should you choose? Well, that’s something that only an individual preference can answer. But the Lenovo K900 seems like a smart choice over the Xperia Z (as long as you aren’t into Scuba Diving!).

” Readers, Don’t forget to leave your reviews about this Lenovo K900 smartphone in our Comment Section.” 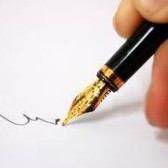 This was posted by Julia. She wrote several tech posts for 91mobiles.com. Her passion for blogging and upgrading her knowledge puts her to research on topics relevant to her industry.