There are few people around us who is always looking for Fighting Android Games. Here is the list of top free fighting games you should check out now:

This is one of the most popular fighting android games on Google play store. Its control buttons on the screen will remind you old classic arcade games. The game-play is smooth with 3d graphics and there are different Chinese kung-fu attacks that may interest you.

Here is the Google play store link to download Fighting tiger direct into your smartphone:

This is another 3D fighting game that is also free on play store but you can purchase in-app Items. If you are a boxing lover then you will definitely love this 3d boxing game. It has stunning 3d graphics and controls are also good that may interest you.

After Vector, Shadow Fight 2 is another most addicting game from NEKKI. This is the second release of the shadow fight. If you like combat fighting games you should definitely try this game. It has rich graphics, different levels, and the game-play is smooth enough to impress you. The game is available free on play store, but you can purchase in-app items.

Here is the Google play store link to download Shadow Fight 2 direct into your smartphone:

Electronics arts always has some great games for sports segment. EA Sports UFC has brilliant graphics as you always get in EA games. You will experience the real fighting ring with the great rich graphics. The game is truly made for boxing lovers. This game is available free on play store and it also offers in-app purchase items.

Here is the Google play store link to download EA Sports UFC directly into your smartphone:

Injustice: Gods Among Us

Here is the link to download Injustice: Gods Among Us from Google play to directly into your smartphone.

Do you remember? Top Video Games from 2014

This is the android release of the epic Mortal Kombat console game. It has great 3d graphics and sound. You can play the Ultimate 1-to-1 combat or 3-to-3 combat with different moves & powers. This game is rated 18+ because of its extreme violence and blood contains. If you have ever played the console or PC version of the game then you will love this game. Mortal Kombat X also offers in-app purchases.

Here is the link to download Mortal Combat X from Google play to directly into your smartphone:

This is another combat game for android by Warner Bros. If you watch WWE tv series you may like this game. It has amazing 3d graphics & the fighters fight on different locations outside the ring. You can also use special powers which is really fun while playing this game. This game requires at least 1.5 GB of RAM to seamlessly play on your phone.

Here is the link to download WWE Immortals from Google play to directly into your smartphone:

Bonus: You should check out also Mini Militia Game.

You can also check these blogs – 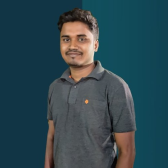 Vikash is a regular author of DreamTechie and a tech guy who helps DreamTechie with tech solutions.